By Katia Valadeau in Travel on 19 February 2022 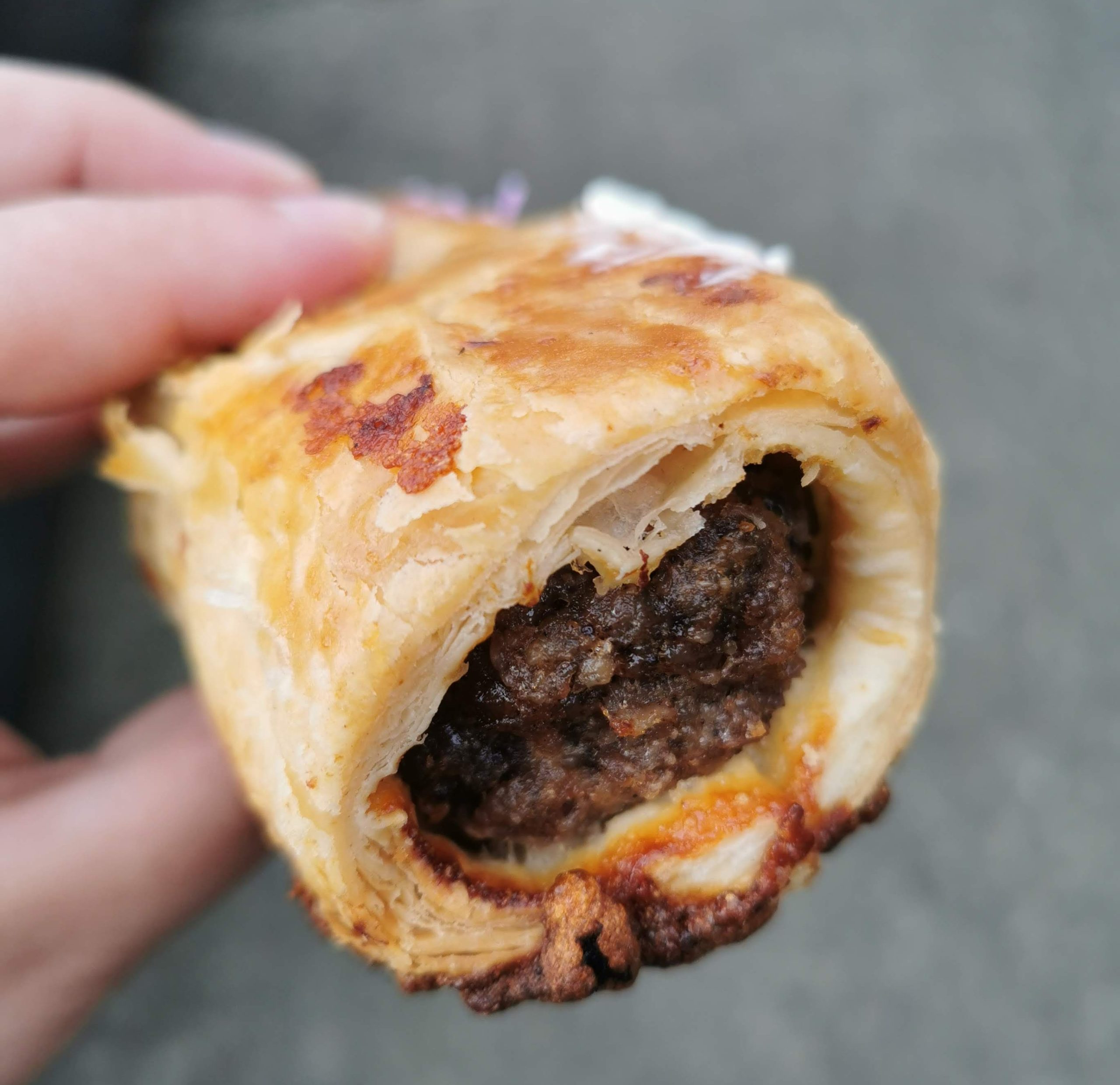 “I’ve got forty-eight hours to kill so let’s book a trip to Monaghan” said no one ever. As it happens I was told that Monaghan is the second least visited county in Ireland so I took it as a bit of a personal challenge. Will I bring the masses to Monaghan and single-handedly bring it into the limelight? Probably not! But what I did do is to chat a lot with the people behind Monaghan Tourism. We chatted about what to do and where to go and visit, but more importantly what to eat and what is produced in the county. So this is my modest ode to Monaghan the standout experiences I took away from my stay in this border county.

As an aside, logic will tell you that where there is less demand, prices tend to be cheaper and if you’re on a budget, head there, have a great time and feel smug and happy in the knowledge that you know better than most of the country.

Forty-eight hours in Monaghan and a licence to eat and drink rings around yourself but no idea where to start with it? Let me gently guide you around My Monaghan.

Monaghan – Where To Stay?

As I went to Monaghan on a press trip, accommodation was arranged for me and I got to stay in the Hillgrove Hotel, a four-star hotel on the edge of Monaghan town. While my stay there was short it was perfectly formed and the room I was given had a great view of the town and the cathedral. The large window was nestled in a large alcove which could have served as a wonderful reading nook on a rainy day. Given a bit more time, I’d have settled in that spot, in the fluffy bathrobe, with a great book and far too many cups of tea.

If your budget stretches to it, there is Castle Leslie, which you will find in the impossibly pretty village of Glaslough. It was good enough for Paul McCartney and Heather Mills back in the day and surely it’s good enough for us too.

Alternatively, the county has accommodation galore. You will find a Four Seasons, old-fashioned B&Bs and hotels galore. There are bargains to be grabbed so keep an eye out on special offers.

Monaghan – What To Do?

I came to Monaghan with not a clue about the place and I can report that there is, in fact, plenty to do. If you’re into the outdoors, pack your walk shoes and go for gentle hikes around the lakes. There are lakes everywhere in Monaghan. It should be no surprise then that if you’re into fishing, Monaghan will be of great interest to you. If you’ve never fished before it’s probably a great place to try your hand at it!

Other outdoorsy activities can be found around the county with several Equestrian Centres, the Knockatallong Looped Walks around the Sliabh Beagh hills, an Alpaca farm, forest walks, golf courses, a water sport centre, a rally school and an outdoor adventure centre. A stroll around Glaslough is essential, it’s only a small village but it has won tidy towns on several occasions and it is a beauty. It won’t take you long but it’s definitely worth it.

If you’ve had enough of being outside, you could head to the Brehon Brewhouse, take a pottery or cooking class. There are several museums that will let you walk through life in the area through the ages.

For the grown-ups, I can’t recommend a visit to Andy’s Bar & Restaurant highly enough! Owned and managed by Kevin Redmond and his siblings, it has a distinct old-world charm but that’s not why I’m advocating you should visit. Kevin Redmond is a man who knows and loves gin and in fact, I don’t think I’ve ever met anyone else with such an encyclopedic knowledge of gin. The man is a font of knowledge and is keen to share it with you as he walks you through his list of gins to “try before you die”. They are gins that are uncommon in Ireland and Kevin has put in a lot of time and effort in pairing them with the right tonic and just the right garnish. His gin tastings are sure to teach, entertain and delight. This was one of the activities organised as part of my press tour and as such I didn’t pay for the tasting but please take my transparent word that this is not to be missed.

Monaghan – What To Eat?

That’s where things are tiny wee bit trickier so plan and plan well. Monaghan does not have the most developed food scene but they’re working on it. There are some absolute gems there and you should go out of your way to try them.

Few people know that Monaghan is in fact, the home of the best sausage roll in Ireland. In the town of Carrickmacross, you will find Matilda’s Bakery, Cafe and Deli, a bakery (cafe and deli) that until recently enough was a butcher shop passed from father to son. This stopped with the last generation, Annemarie and Stephen Ward (brother and sister) who decided that butchery wasn’t for them and that they preferred to bake and provide some gorgeous casual food to the locality. What you will find there is primarily some of the best bread I’ve had the pleasure to munch on in Ireland. The sourdough has a cult following and if you don’t get up early enough it will be gone. The Parisian in me never quite gets this, can’t we just make more bread? There’s always room for more bread! Especially of the warm and crusty variety.

The dad still has a small butcher section in the back and he works with the best of the local free-range pig farmers. This means he still makes his own bacon, his own black pudding and amongst other things his own sausage meat. The sausage meat is dotted with the black pudding and rolled in some of the impossibly buttery flaky pastry made inhouse by Annemarie. If you are lucky enough to get one of these sausage rolls when it comes out of the oven, I think you too will be of the opinion that they are simply the best in the land. Salty, buttery, deeply tasty and flaky, they scent the street as they’re cooking, the black pudding gives a strong peppery note which lifts the whole roll. It is a joy and costs half nothing. I bought a few on the way home which I froze and reheated later and I urge you to do the same.

Another casual spot on your travels is the Silverhill Duck Truck which serves tasty grub on the go beside their little road shop. If your accommodation is self-catering then I would recommend you head to the shop and stock up on great duck and the most flabbergasting array of asian food ingredients. You’d be amazed at the variety of sauces and spices and noodles lining the shop of this tiny little prefab on the side of the road.

And finally, I wouldn’t be doing Monaghan justice if I didn’t tell you about the best restaurant in the county. The Courthouse is located directly above Matilda’s Bakery and isn’t that such a nice arrangement? They naturally serve the bakery’s bread warm with butter as a side dish and lads, it’s everything you want it to be. It is owned by head chef Conor Mee and the man is a talented cook, he also owns Square in Dundalk which has a similarly enviable reputation. He has a great knowledge of his local food producers and his menu is simple. His principles is a basic one: good ingredients just need gentle cooking and seasoning and will shine if handled correctly. And he does just that. There is nothing you wouldn’t recognise on each plate but each dish is beautifully balanced and interesting. Flavour matches are intelligent and you can feel someone who is having fun in the kitchen. Like often outside of Dublin, the portions are much larger so do keep that in mind when ordering. This was the last part of my press trip before I headed home and so I didn’t pay for the meal, I obviously still looked at the menu and prices and you will get immense value from this restaurant. The quality of each dish was a lot higher than what you would expect given the prices charged.

Well this is it, the big 44 today. A gloriously su

This is how I ate the last of my @braw.ie brownies

I came home from @milkmarketlimerick with some gor

When the ingredients are good you don't mess aroun

Second attempt at a recipe reel, I'm going to have