By Katia Valadeau in Food on 3 December 2017

This slow cooker rabbit stew is an easy winter warmer which you can stick on in the morning and come home to later, satisfied that you will have a beautiful meal waiting for you. 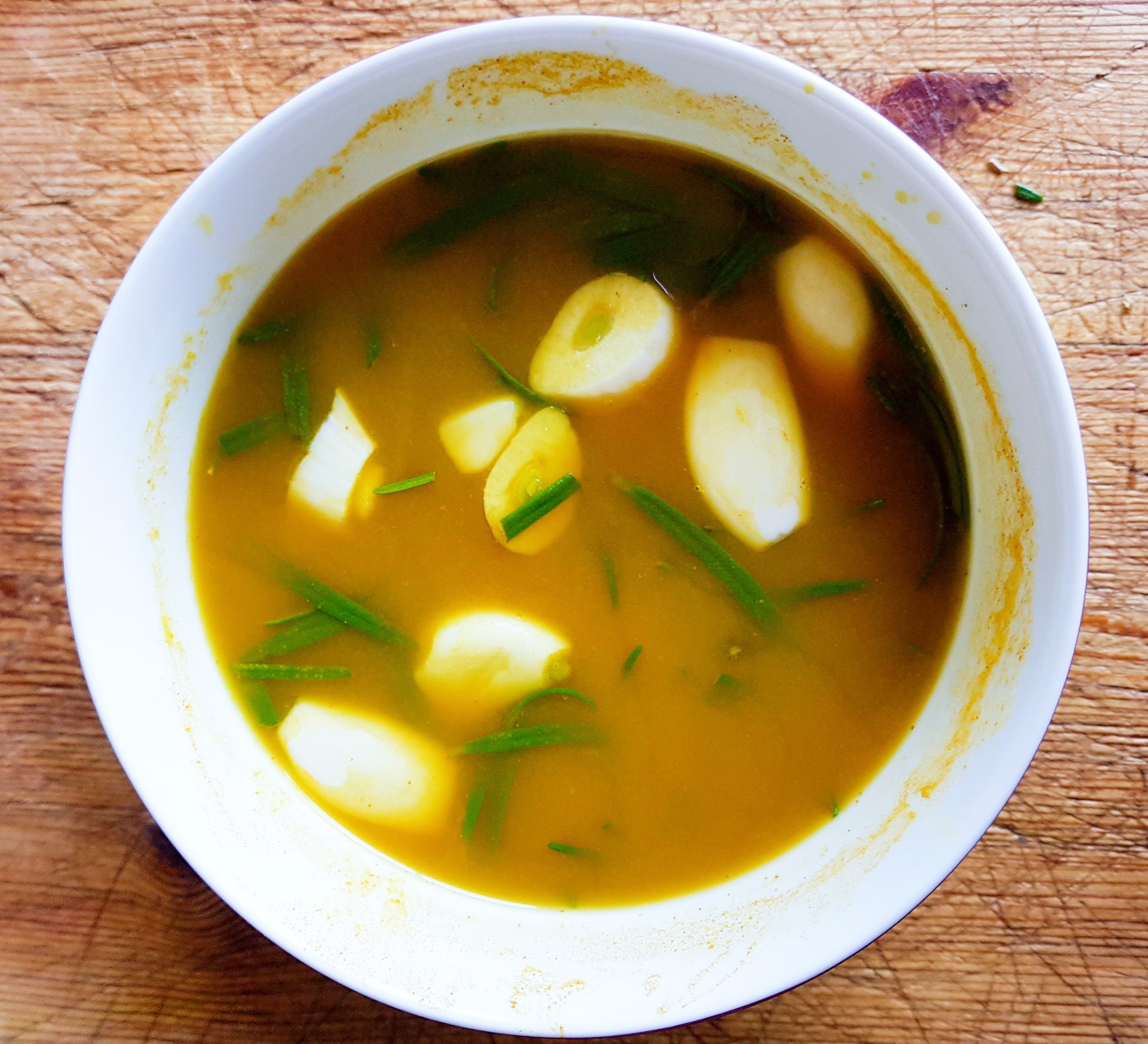 I don’t know about you but the second, we hit the first of November, the slow cooker comes down and I start to eat a lot of gentle food, cooked for hours. I love a good casserole and there are already a couple featured on the blog. This Romanian Style Casserole and this spicy mince and beans stew in particular are old favourite and take very little effort.  This slow cooker rabbit stew is based on a my mam’s mustart rabbit recipe only it has no mustard. I just wanted the colour and depth of flavour but not the same flavour.

I decided to borrow from a saffron chicken recipe I had done previously. I bought the rabbit in Lawlor’s Butchers in Rathmines . If you haven’t been, I’d recommend you pop in there as the shop is full of rare breed beef, pork and free range meat. It really is a beautiful shop. When I saw the rabbit in there, I knew I couldn’t leave it behind.

I’m never too sure why rabbit is so eaten so rarely in Ireland, and if you know yourself you might share the reason with me as I find it rather odd. It is a fairly common meat to eat in France and certainly, my mam would have cooked rabbit a few times throughout the winters. Given a choice I prefer hare meat as it’s red and more game like but I am very fond of rabbit anyway.

For this slow cooker rabbit stew, I used a French wine (a Bordeaux to be precise). I’m not sure if that makes a big difference when cooking but I know I would only consider a dry wine when cooking. Again, if you use other types of wine for cooking, I would like to hear from you. 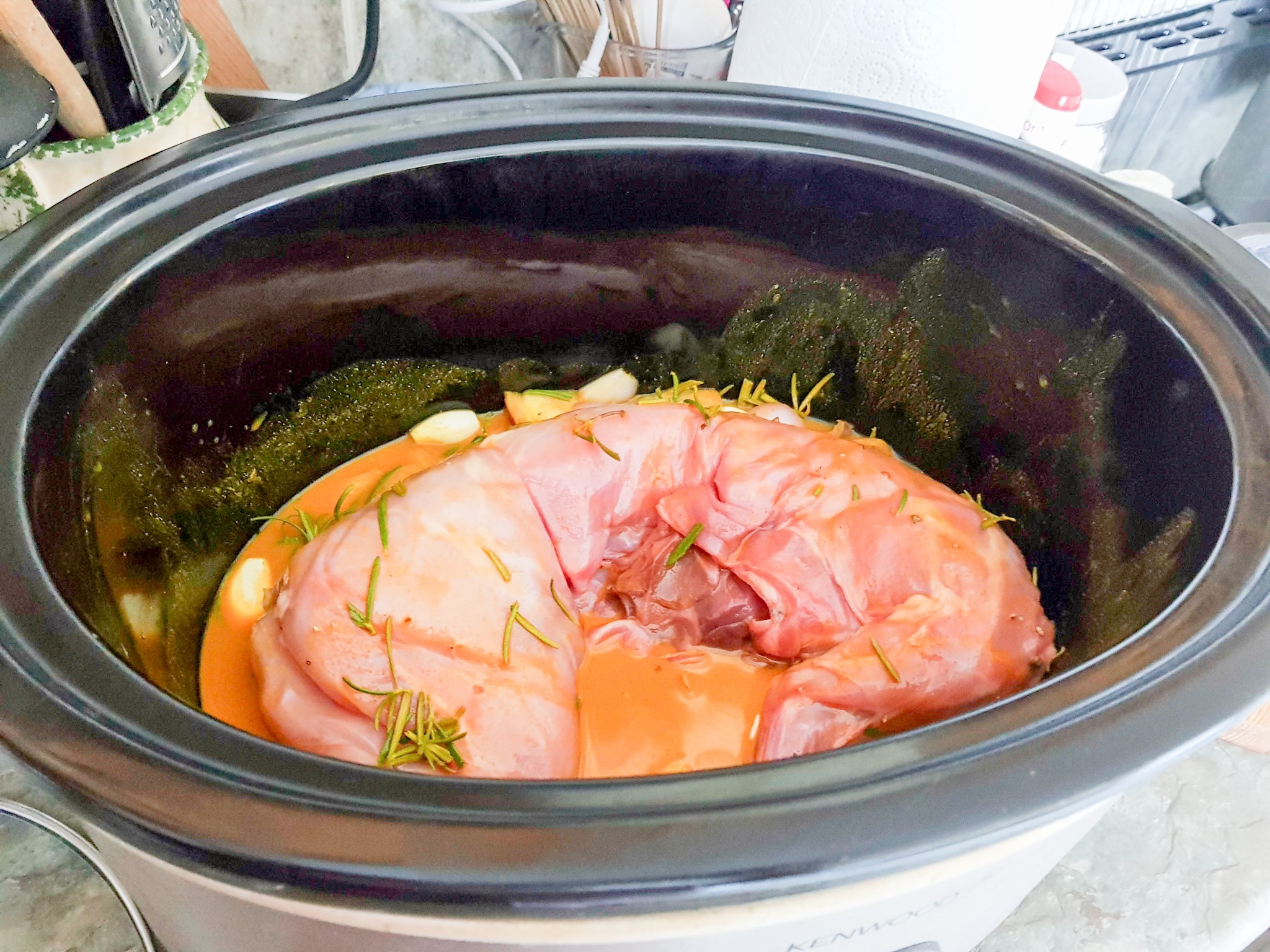 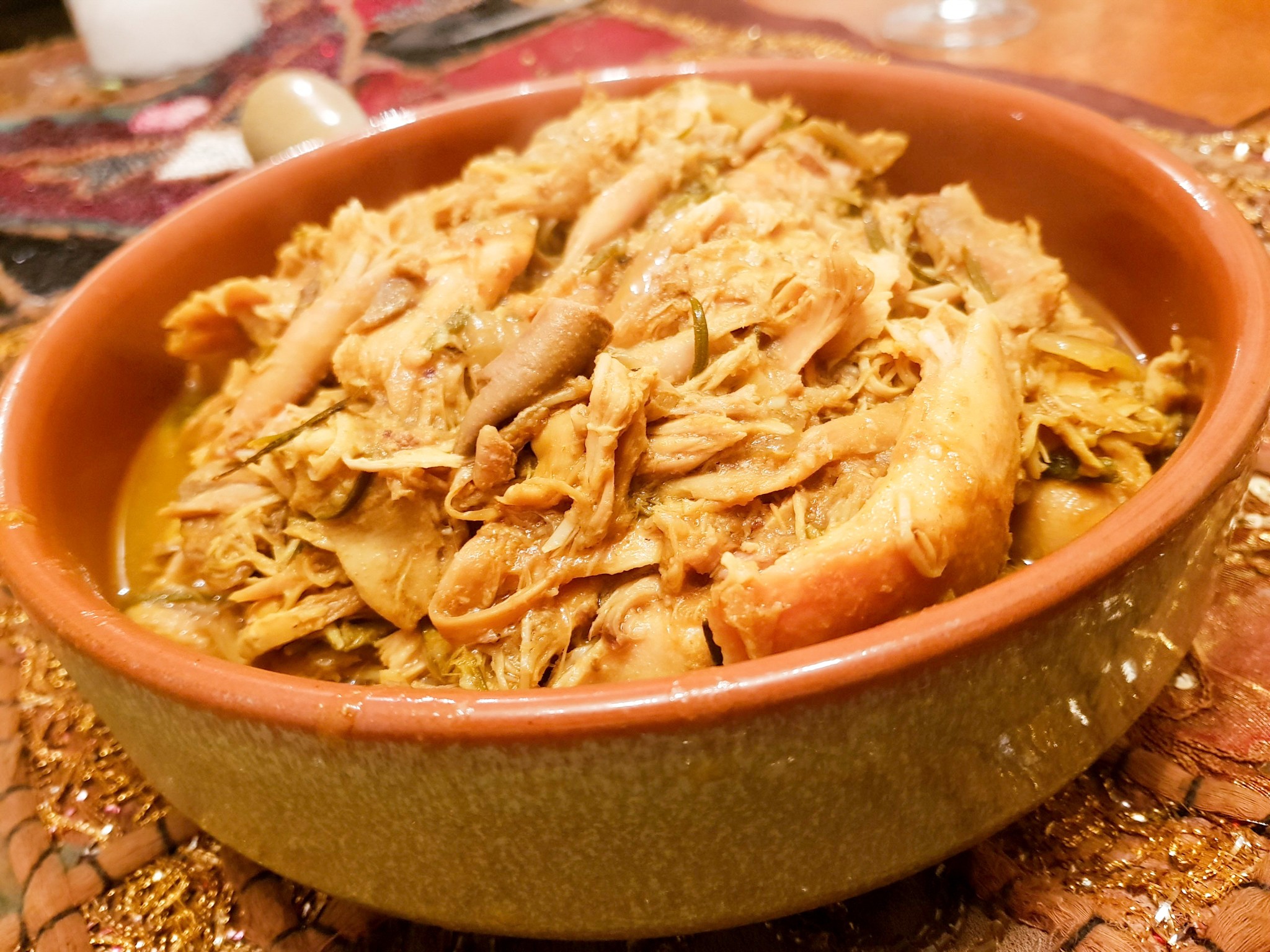