Proper Food Meets What The Fruitcake?! 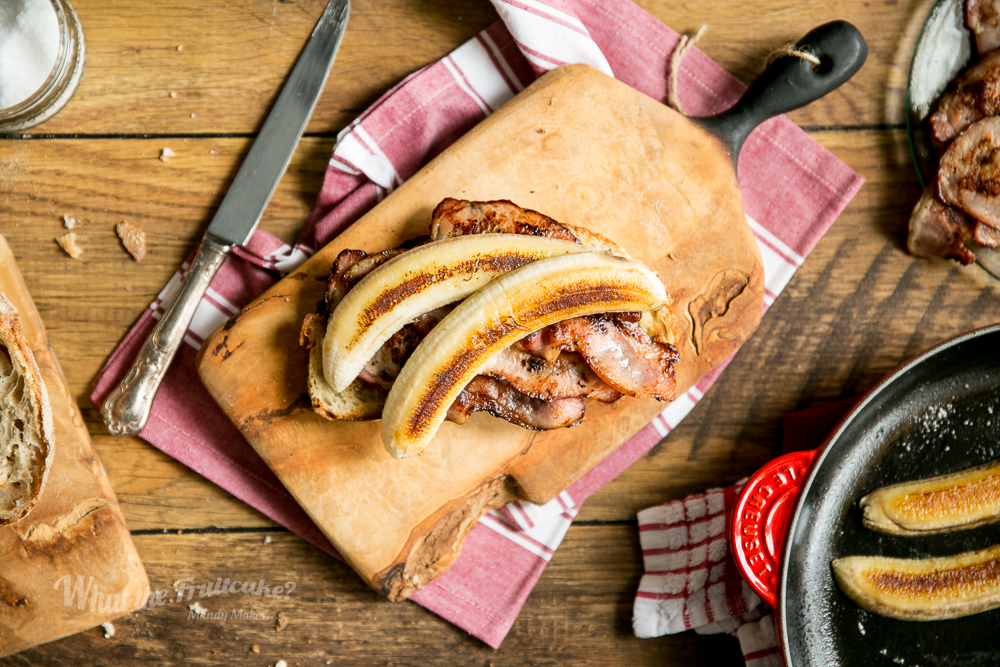 In this week’s installment of Proper Food Meets… I meet the Award Winning Mandy Mortimer. Mandy’s blog is the wonderful What The Fruitcake?! where you will find bloggers as her recipes are mostly sinful. Mandy’s day job is as an film editor for a well known television channel, this means you can expect outstanding imagery. She didn’t win the Pink Lady Food Photographer Of The Year 2016 for no good reason.  Much more importantly though, she is one of my favourite people. She’s great fun and somehow we just get each other and have the same sense of humour. For this reason, I was expecting a bold recipe. Something stuffed with sausages maybe? But no, instead she gives me a chopped banana. Go figure.

Mandy, how did you come to blogging?

I started blogging shortly after moving from South Africa to Ireland. I wasn’t working, didn’t know anyone and was home while hubby was at work. I’ve always loved cooking and baking, and one day while googling a recipe for the infamous Red Velvet Cake (a total sham of a cake, I might add :P), I came across my first food blog. I didn’t know they existed and this one was gorgeous. The photos, the stories. I remember looking at the blog and thinking, “I can do that!”

I signed up for a WordPress account the next day, and the rest, as they say, is history.

History, I might add, of a lot of bad photos and recipes all written American style using cups as measurements ’cause that’s what we use in SA. Not something the majority of Irish like to use for baking.

Anyway, the blog has come a long way since then, and, I’m not embarrassed of the photography any more 😉

And what are you going to cook for us?

This “recipe” (I say that loosely, I mean, do sandwiches really have recipes?) is a South African favourite. You’re probably going to look at it and say, “What the actual feck?”, but just trust me on this one. It’s friggin’ delicious!

A bacon and banana open sandwich.

I kid you not.

After you’ve got over the initial brow furrow, you may be forgiven for thinking that this is a breakfast meal. You would be wrong. Well, you’d also be right. But wrong as well. Us Saffers love a toasted bacon and banana sandwich for lunch or dinner. It’s found on menus in franchise restaurants and in smaller hipster eateries.

We love the combination of salty bacon with sweet banana so much that it’s not only confined to being served between two slices of bread. No. It’s also a topping option for burgers and even pizzas!

Normally, this would be a simple white bread toasted sandwich, but what sort of foodie would I be if I didn’t change it up a little bit? So, my version is this. A thick slice of your favourite hearty bread – you could use soda, rye etc. but I’ve used a tangy sourdough – toasted and then lathered with salty butter. Because the sandwich is open, I’ve opted to lightly fry the bananas in butter on one side as normally the banana would cook slightly while toasting inside a closed sandwich. And a must for every bacon and banana sandwich is that the bacon must be meaty, so no streaky bacon for this. Go for a lovely thick cut bacon. My favourite is hickory smoked bacon which I highly recommend as the smoky flavour is just amazing next to the sweetness of the banana.

Kids will go bananas for this combination, and trust me, you will too! 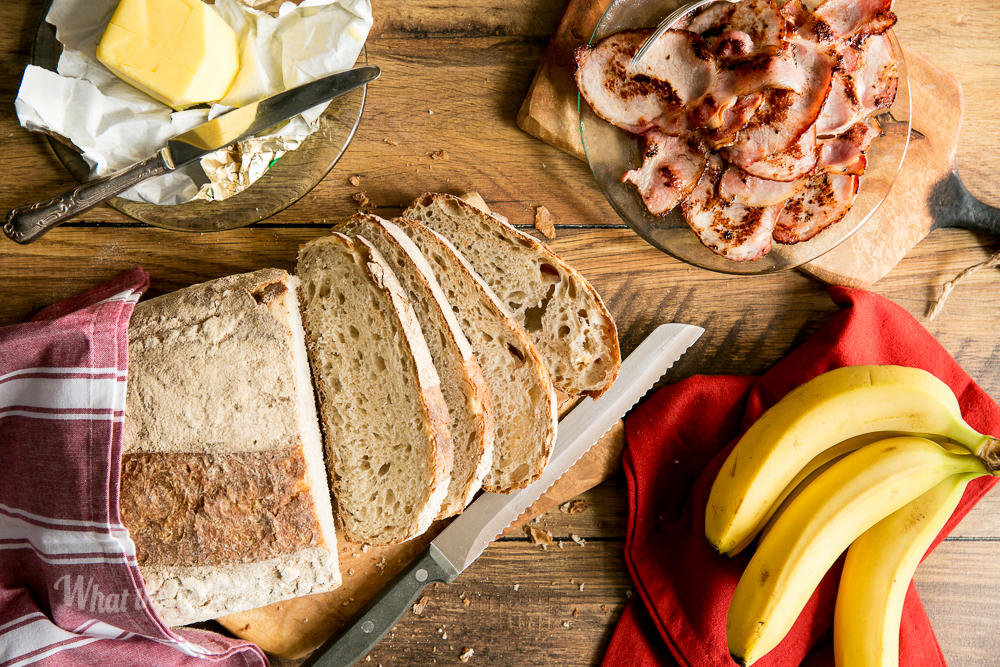 Diclaimer: Mandy doesn’t actually know all the words to her national anthem. For shame.