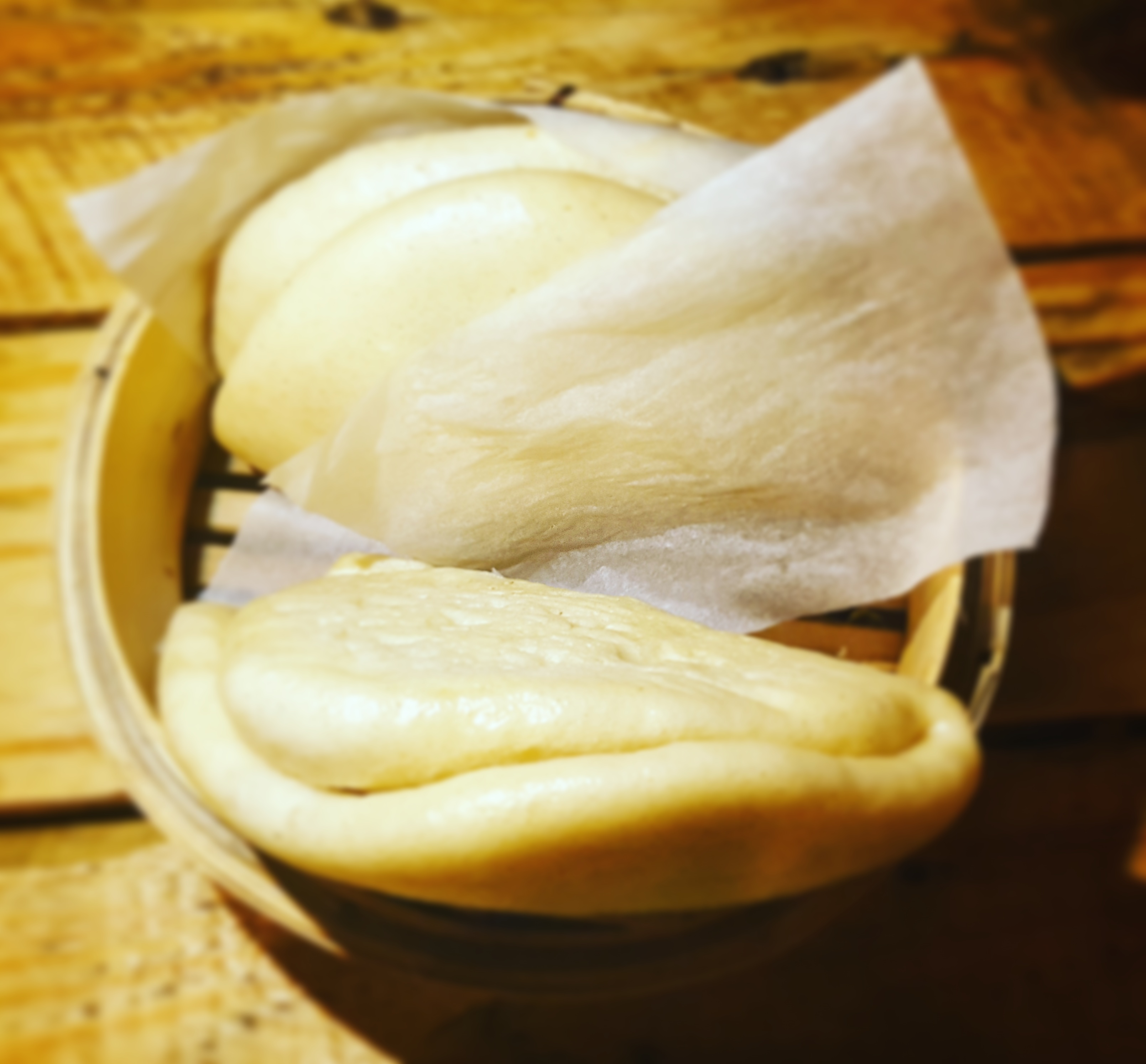 Bread and Bones are hosting a new event called Paper Jam in collaboration with Will St Leger. The idea is that for €35 euro per person, you get a 3 course dinner and a drink, along with an artistic collaboration and a print by Will to take home. I think the night is ideal for a hen, a birthday, a “break the ice” evening between colleagues, or an early days date when you’re still feeling a bit nervous.
I had heard about Bread & Bones from my friend Timi (@TweetyMonkey). He only raves about the place. He thought I would like the invitation as I’m into good food and art and so he introduced me to Jack, one of the owners. I particularly liked the fact that I was invited with no conditions attached. No “we would like to do a nice write up in exchange for the evening’s food and entertainment”. No “how many followers and what’s your reach on social media” like I’ve seen a few do. I just got a simple “we’re trying out this night and we hear you’re into food and art, would you like to join us for the evening?”
Upon entering, you are warmly greeted by Jack,  and brought to a communal table. There was just under 20 people in restaurant so there was a nice social buzz without it being manic.
We were given the set menu for the evening which you can see below, and I knew right away what I wanted: chicken wings, duck bao and the sorbet to finish. I’m not a beer person so went for a cheeky glass of merlot. Very bold on a Tuesday night!
The meal:
The starters arrived. Timi and I both went for the Chicken Wings in Asian Vinaigrette and Millie, our lovely table buddy, got the Grilled Greens With Toasted Sesame. When her starter arrived, I really thought I’d ordered the wrong dish. The smell of grilled cauliflower was very hard to resist. Thankfully our starters followed suite and it was glorious. The meat was tender and juicy. The wings just in between cripsy and chewy with a delicious sticky feeling to them. There was a hint of spice to them which warmed without burning. Basically, they were easily the nicest chicken wings I’d had in a very long time. I never got around to trying the vegetarian option but Millie did say it was delicious too. 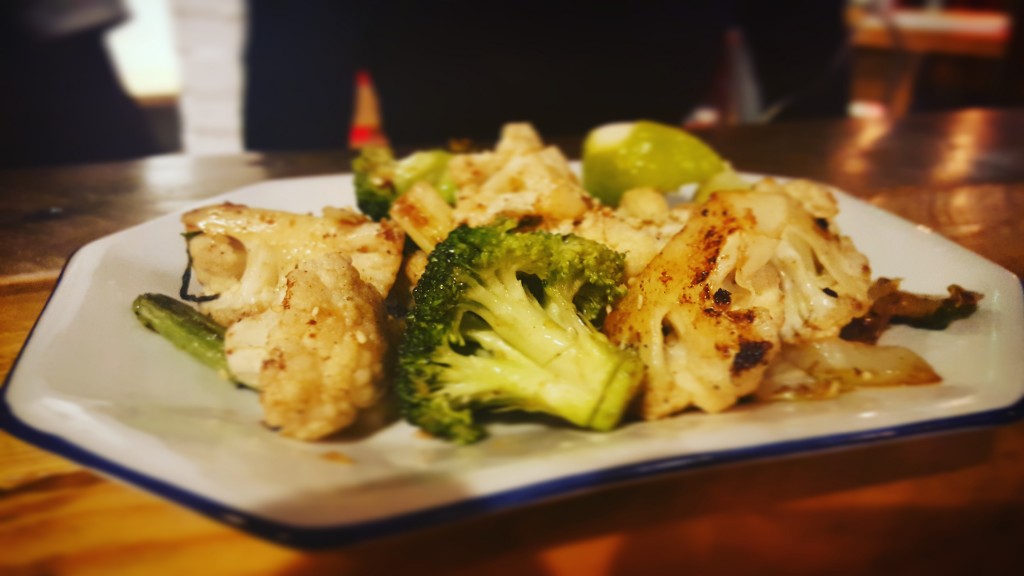 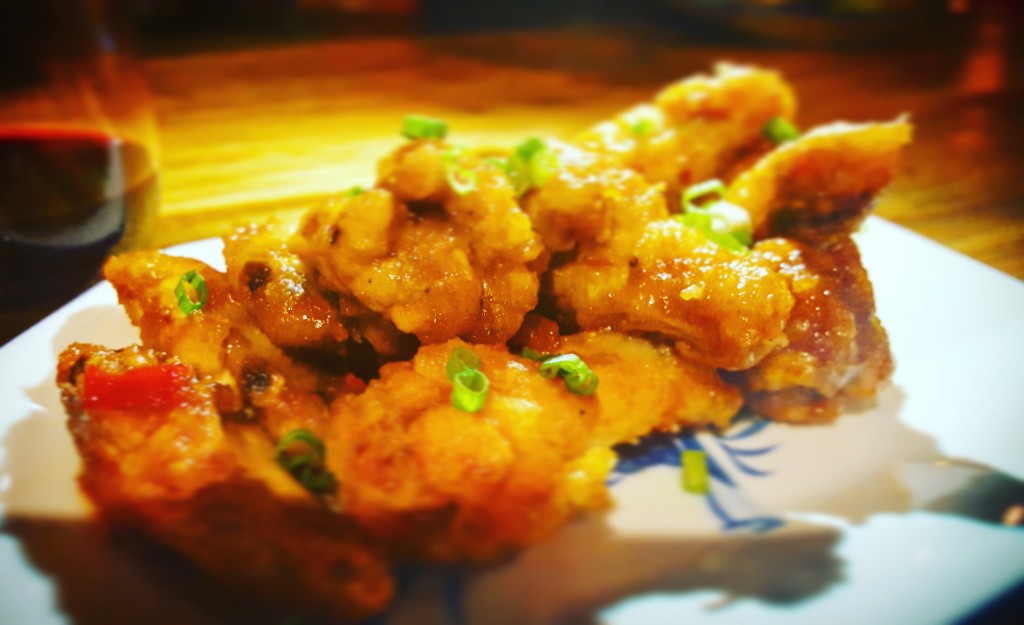 For the main course, we each went for a different dish. The portions were equally generous. I had the duck bao and the confit duck legs were as good as I’ve had in France which I didn’t expect. The meat just fell apart and the bao buns are something else. Warm, soft and delicious. Timi and Millie were both delighted with their main course. 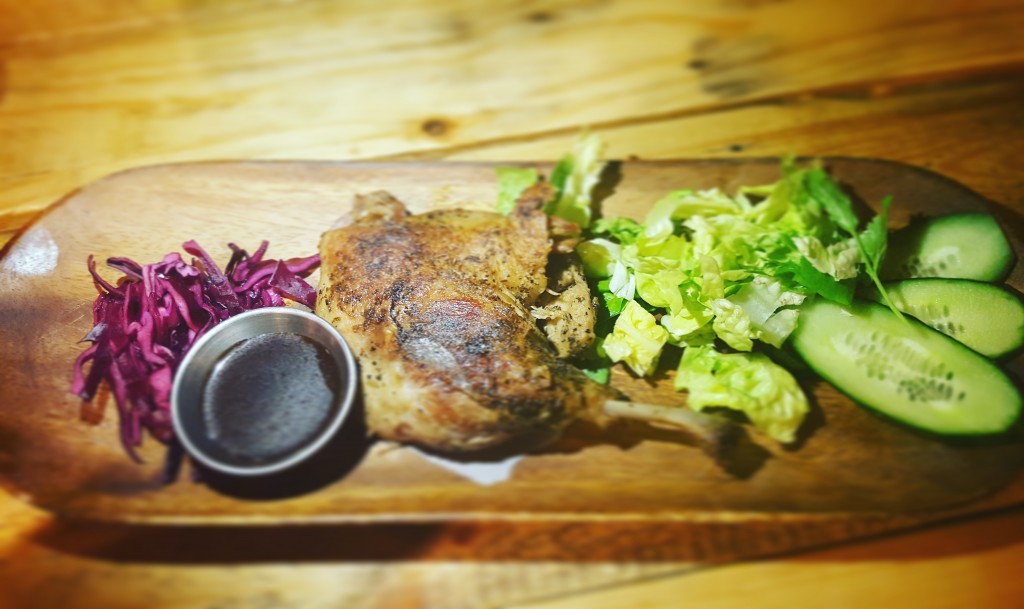 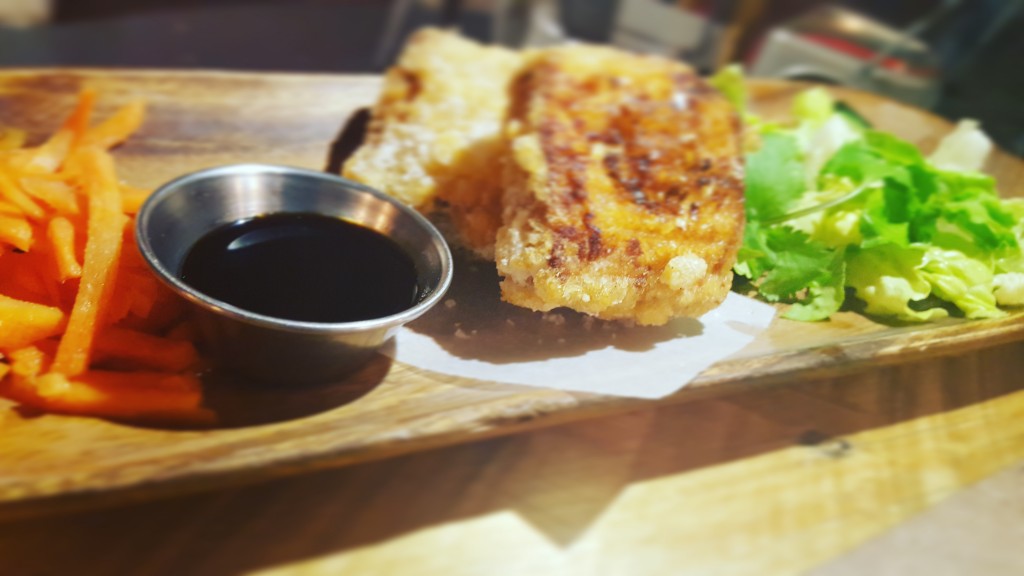 The guys had the brownie for dessert and I went for the sorbet Lemongrass & Mascarpone and Lime, Rhubarb &Ginger) as I wanted something fresh to finish the meal with. 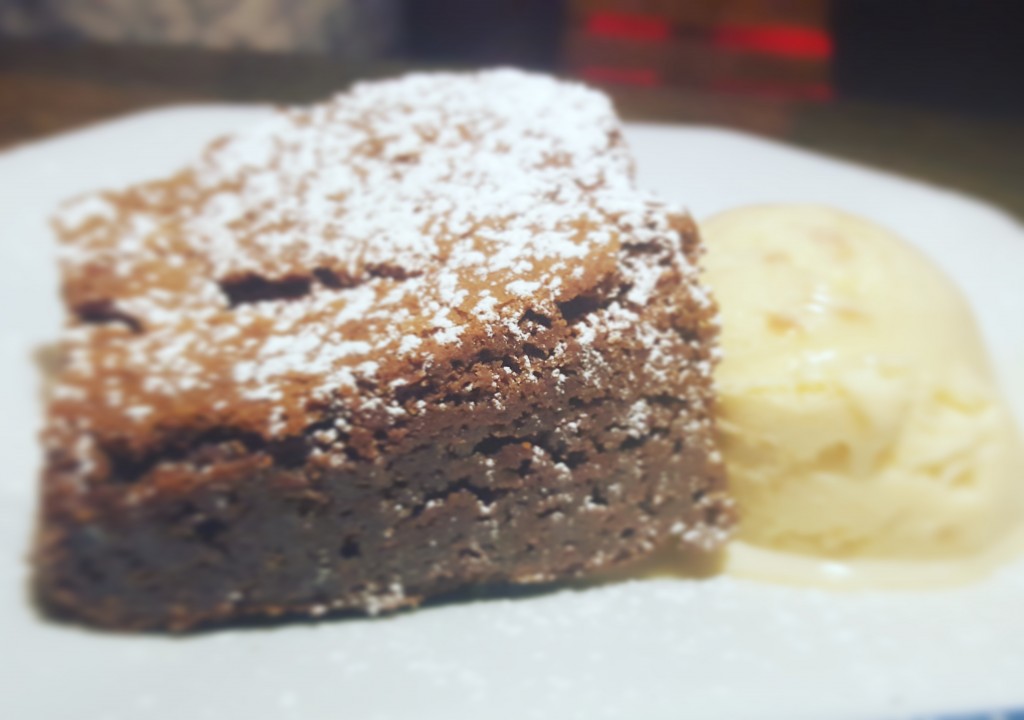 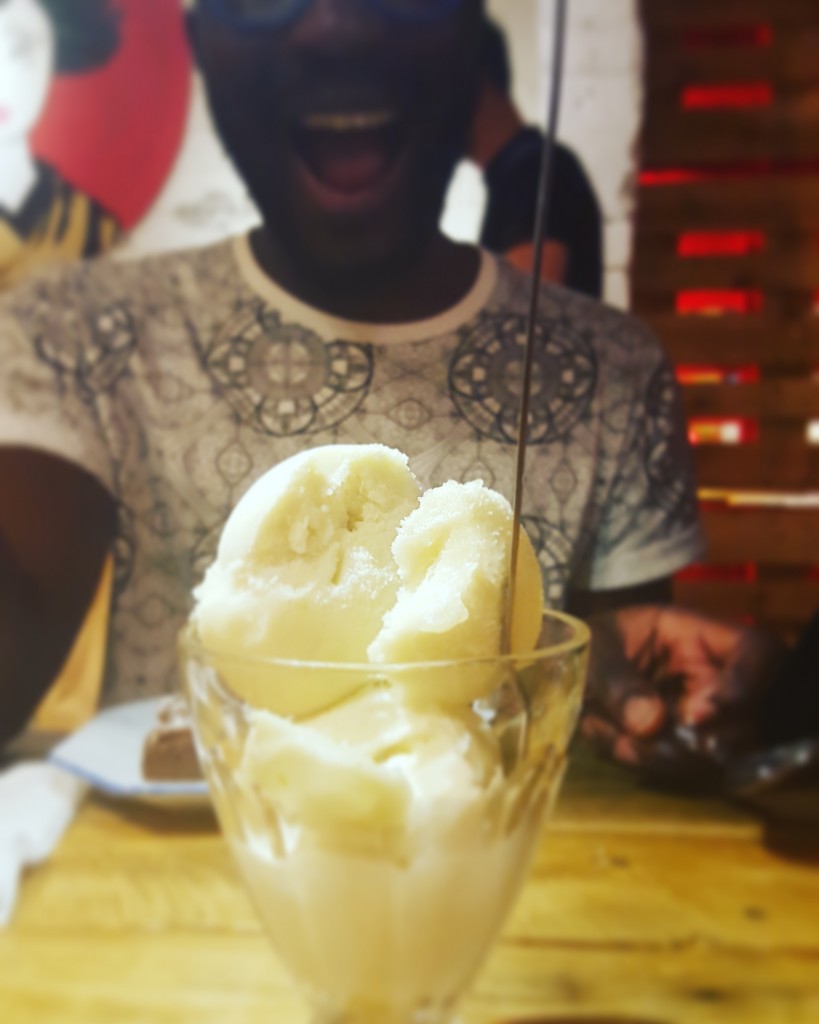 If I had to sum up the dinner, I would say that it made me want to come back and sample the rest of their menu, which I hope to do very soon. A freebie was great, but I will have no problem going back and paying for more. I want to have the broths and I want more baos. And chicken wings. And sexy cauliflower. Basically I want it all.
The Art
Just after I had arrived, Will came to introduce himself and take my photo which I hadn’t expected. He explained that during the course of the dinner he would be cutting our faces in horizontal ribbons and reorganise them with other people’s face bits. It sounds crazy, it is crazy but what a laugh. Some worked and some belonged in Star Treck. It’s definitely and ice breaker and got us mingling. If you know me it’s no small feat as I’m on the shy side of life.
I also got to take home a great print of a very cool cat, aka Zion, the Lion. I was particularly delighted as I’m a leo (it’s the little things!). 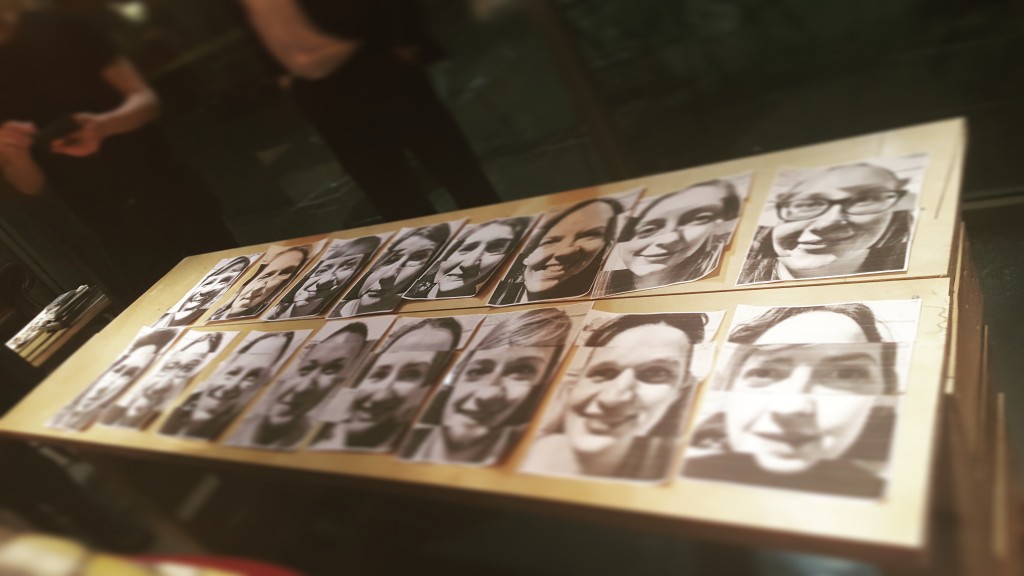 Overall
The evening started just before 20.00 and finished just after 23.00 just in time for the dodgy luas home. Will played us some good tunes (you can still hear yourself chatting), and we all left extremely well fed, laughing and with something to hang up on our wall.
I never thought I would be fan girling so much for my first opinion piece but there you are. I really had myself down as the critique from Ratatouille instead. C’est la vie and all that.
The Final Touch
At the end of the meal, I complimented Jack on the Baos and do you know what he said? Not “oh, they’re hard to make but we can sell them to you”. No, no, he said “you won’t believe how easy they are to make, would you like the recipe?”.
A restaurant that can pass by an opportunity to make a quick buck because they’re as excited as you about good food?  That’s my kind of place. I’ll be back. And back.
asian, bread and bones, event, food blogger, irish food blogger, properfood, properfood ireland, reviews
Share ON: