This recipe is for a fragrant octopus salad. Octopus is a delicacy all over the mediterranean region but more of a rarity in Ireland. If it’s well cooked it is a soft and bursting with flavour. This fragrant octopus salad is a thing of beauty.  It takes a bit of time and effort but is very worth it. The list of ingredient isn’t short but you can mix and match the flavours according to your tastes. This worked very well for me but you should treat more as an idea jerker than a definite recipe.

You can buy Octopus, like I did, in Lidl, when they have their Greek themed weeks. Alternatively, a good fishmonger should have them for you. They are also often in the frozen section of the larger Asian supermarkets. 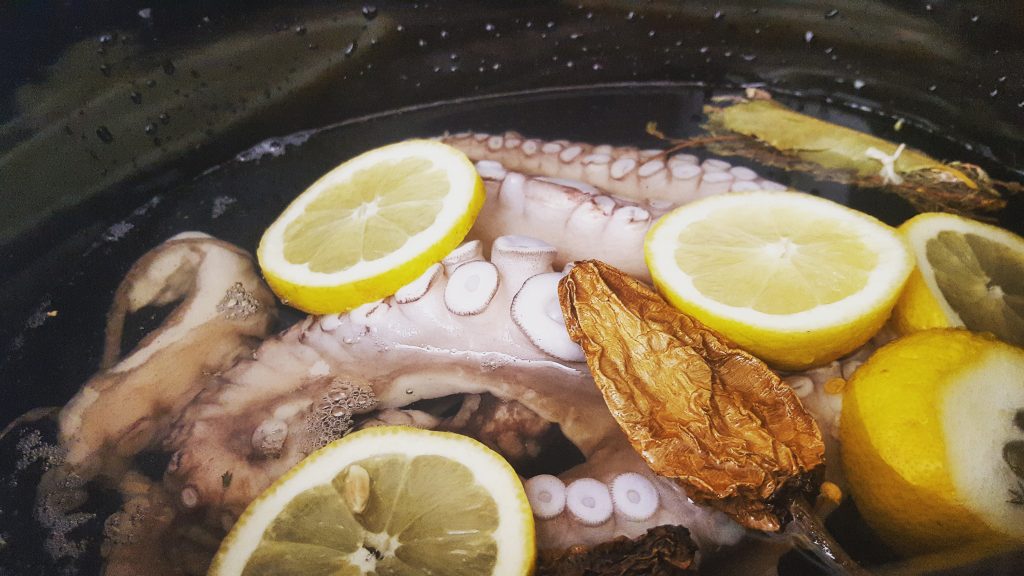 The octopus in the slow cooker.