This beetroot, parsnip and stilton soup is a great way to make a dent through the mountain of left over vegetables rolling around the kitchen after the Christmas holiday. 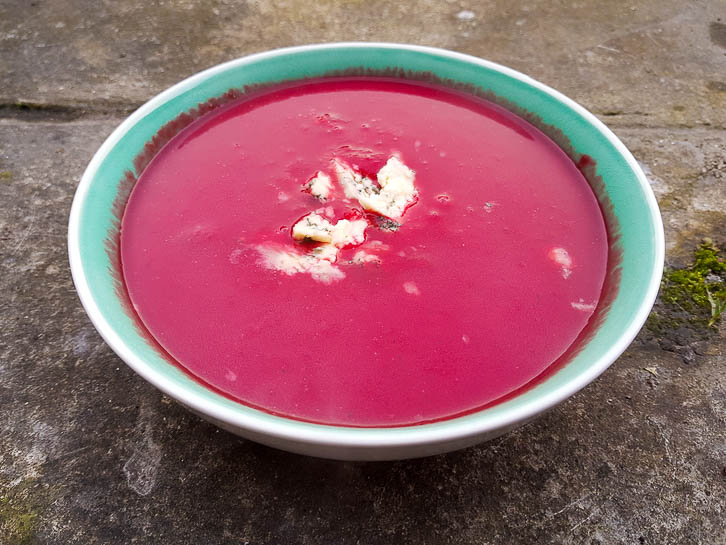 In november, I started buying a vegetable  box from Clonanny Farm in north county Dublin. For €20.00, I get a massive box of veggies and he delivers to my area of Dublin on a Thursday night so it’s been perfect. Niall grows most of the vegetables in the box himself and between the amount you get and the quality, it really is superb value.

The thing is, I can’t seem to be able to get through the box. There are two of us at home and I always thought we ate a lot of vegetables. This tells me different. I think what we do is that we buy a lot of vegetables and let them go off. I’ve decided that this cannot go on. I got the last box on the 23rd of December, and today, the 1st of January, I’m only about half way through it, which I think it shocking. There will be no waste. We will eat all the vegetables but this means I need to be more organised and also come up with new recipes. This is how this beetroot, parsnip and stilton soup came to existence. I’ve also a roasted pepper and beetroot soup from a while ago which is rather tasty.  Alternatively, I could have recreated this spiced beetroot, goat cheese and smoked trout tart.

I checked online, and it would appear that Stilton is not made with animal rennet which means that it is suitable for vegetarians, which is always good to know.  The other surprising note in this soup is the white pepper. I am using a considerable amount as I wanted the soup to have a real kick but do use as little or as much as you want. Some fresh chopped parsley would have been a great addition to this soup. 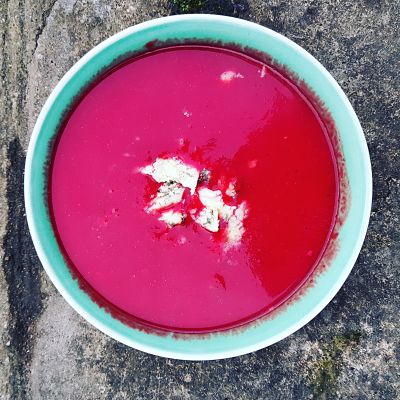